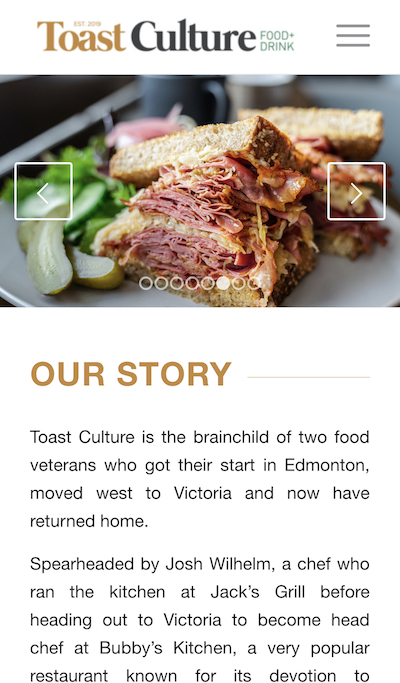 Toast Culture is the brainchild of two food veterans who got their start in Edmonton, moved west to Victoria and now have returned home. Spearheaded by Josh Wilhelm, a chef who ran the kitchen at Jack’s Grill before heading out to Victoria to become head chef at Bubby’s Kitchen, a very popular restaurant known for its devotion to sustainable food practice, the use of fresh local ingredients and making everything from scratch. In 2014 Josh launched Coast Lunch Box; a west coast inspired food truck & catering co that still services greater Victoria today.